Half a day in the life of a councillor (retiring)

Dr Patrick Barrett, senior lecturer in political science at University of Waikato,  analyses the choice between First Past the Post and Single Transferable Voting:

The appearance of Single Transferable Vote (STV) signs around Hamilton has given me cause to revisit the textbooks on electoral systems.  I needed more information, without which casting a vote would be similar to my experience in previous council elections when, I confess, I have voted with little knowledge about what candidates have stood for and their likely impact if elected.

The First Past the Post system (FPP) system is familiar.  It gives us a separate vote for each seat to be filled in our electorate or ward.  Those with the largest numbers of votes make it on to the council.  But how does STV work?

The name of the system of voting, Single Transferable Vote, tells us a number of things.  We get a single vote and that vote is transferable.  Under STV, we get to rank all of the candidates in our order of preference - 1,2,3, and so on.  If the person we rank as the most preferred candidate gains sufficient votes and does not need our vote, our next preference is counted.  Similarly, if our preferred candidate has so few votes as to have no chance of being elected, then our  vote is transferred to our next preference. Under STV, the voter, according to the STV Taskforce, is effectively saying something like:

STV is known as a more sophisticated system, better suited to the type of multi-member wards we have in city council elections.  Its sophistication, though, is both its virtue and its shortcoming.  Supporters accept it is more complex than FPP, but argue that you do not need to know the detail of how votes are counted and preferences allocated to gain the benefits from it. It's a bit like not needing to know how the microprocessors in computers work to get the benefit of using them.

Arguments in favour of STV emphasise its fairness and its potential to effectively represent the preference of voters.  There are fewer wasted votes and those elected are more likely to have the support of a majority of voters.  We would be more able to identify someone on the council we have helped to elect.

Arguments in favour of FPP emphasise its simplicity and familiarity. It is well understood and there is a degree of public confidence in it.  It has an uncomplicated method of counting votes and results are known speedily.

But FPP is more likely to lead to councils that do not have the support of the majority in the community. Those elected might have a relatively small proportion of the vote and it is more likely that representation is denied to quite a substantial number of voters.

In the end, our evaluation of the merits of FPP and STV comes down to the value we place on things like fairness, the potential of the system to represent the distinctive personality of our community, and our view on the capacity of the system to allow us to elect candidates that best represent our interests.

A number of excellent information sources are available, such as www.stv.govt.nz which has a link to a great animated display explaining vote counting under STV.

Dr Ingrid Mattson was raised a Catholic and became a Muslim in her twenties.  A lecturer in Islamic Studies she was, remarkably, president of the Islamic Society of North America for four years post 9/11.  At this challenging time this diminutive, white woman was speaking for the North American Muslim community.

With her background she is well placed to speak on gender and leadership in the Islamic world and she applauded the local Wowma  programme which is successfully developing the leadership skills of young Muslim women in Hamilton.

She also spoke of the range of Islamic communities across the world with their widely varying cultural practices and the resulting complexities of identity.

She has experienced the shift from being part of the dominant group to being recognisably one of a minority group.  She encouraged Muslims, who are a minority group in this country, to build bridges of understanding with the wider community.  She emphasised the importance of neighbourliness and contributing generously to the place where one lives.

Informed by a deep scholarly knowledge of the Koran, she spoke with a quietly compelling voice for moderation and inclusiveness.
Posted by daphne at 1:09 PM 0 comments

If what most people need is a good listening to, how well do your local politicians listen?

2013 local elections
At the local body elections in October we will choose our elected representatives for the next three years to help shape the communities we live in.  There is still time to consider standing for  council, to encourage others to do so and  to support them.

Community led approach
The challenge for councils and councillors is to engage meaningfully with their diverse  communities and to value their  contribution.  The city of Seattle does so in practical terms through their successful matching funds programme.  Importantly,  the city requires an inclusive approach in neighbourhood projects and fosters local leadership.  This partnership approach,  giving the community a real voice at the  table,  involves a change of mindset from traditional service delivery.

Assessing candidates
It can be challenging to vote wisely when  faced with a long list of candidates many of whom we may not know .

Serious candidates welcome invitations to meetings.  If successful they will then  already have an understanding of the contribution a group is making.  This is also an opportunity to assess their experience, skills and commitment.  What would they bring to council?  How well connected are they to their local community ?  Who is supporting or endorsing them?  Would they contribute to a more representative council?

Social media
Although there is no substitute for face to face conversations , increasingly candidates are using social media to connect with voters.  In Hamilton,  one candidate gives a weekly campaign update on her website, posts regularly  to her Facebook page and links to her blog posts.  Whereas  candidates are restricted to 150 words in the official candidates’ booklet,  her blogs,  written over a period of time on a variety of topics,  give an in-depth insight into her thinking and values.   (www.anjum.co.nz) 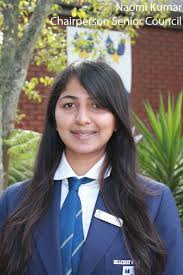 
Michael King in  “ Being pakeha now” recalls  living for a time in Papua New Guinea and  the shock of finding himself for the first time in his life part of a tiny, white obvious minority among a vast black majority.  Something, he wrote, that every European should experience.     I agree.

My own moment of epiphany was many years ago on the South Side of Chicago where for the first time  I was entirely surrounded by Black Americans.  I returned to my privileged life in the majority culture but have never forgotten the experience of standing out in a crowd in this way.

Hamilton’s cultural diversity was plain to see at Council’s citizenship ceremonies yesterday when we welcomed almost 100 new citizens.  Naomi Kumar represented the Youth Council at the morning ceremony.  She recently won the national Race Unity speech contest in which she told of the everyday experience of being on the margins, of being the newcomer,  not always directly discriminated against but not fully included either.  Her dream is that it will be different for her children.  They will truly belong.

Listen to her speak:      http://www.youtube.com/watch?v=pIO8L8IoRto

“In the future I envision,  we are not defined by ethnicity.  We are enriched by it, certainly.  But it is never a measure of our value as individuals.”

We could equally well say that we should not be defined solely by our sexuality.  It is part of us certainly but it is never a measure of our value as individuals.

·         The conscience vote in parliament and publicity on the issue gave greater visibility to those who are often marginalised and discriminated against.  Their personal stories, sometimes bravely told,  gave us a greater understanding of their everyday reality and experience and the need for change.
·         A strength of the campaign was the involvement of young people across the political spectrum.  For many it was their first engagement with the political process.
·         Locally,  the Legalise Love group campaigned with commitment, style and energy along with  savvy use of social media.  They showed us it is possible to campaign for a serious issue and have some fun along the way.  Importantly,   their group included people across the sexuality spectrum. This made their advocacy powerful and compelling.

As a result of the campaign and passing of the Marriage Amendment Bill,  people in the gay and lesbian community are now better able to stand tall in our community.   It is time.